Today would have been J.F. Gonzalez’s 54th birthday. To celebrate, here are some recent Gonzalez releases you might have missed:

CLICKERS FOREVER: A TRIBUTE TO J.F. GONZALEZ, edited by Brian Keene, is available now in paperback and for Kindle from Deadite Press. This massive anthology features fiction and non-fiction tributes from some of horror’s biggest names.
. 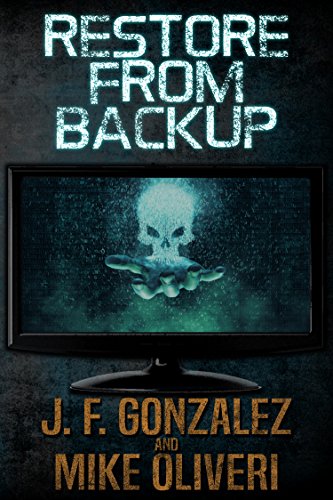 RESTORE FROM BACK-UP, a collaboration with Mike Oliveri, is back in print and available in paperback and for Kindle from Crossroads Press. Fans of Bentley Little will enjoy this supernatural novella set in the world of Information Technology.
.

MONSTERS AND ANIMALS, a posthumous collaboration with Wrath James White, is the long awaited two-books-in-one prequel to the seminal extreme horror novel SURVIVOR, and available now in paperback and for Kindle from Deadite Press.
.

PRIMITIVE — the post-apocalyptic cult classic — is back in print and available in paperback and for Kindle from Amazon.

Brian Keene writes novels, comics, and stories for a living. It's not a bad gig, but it doesn't get him out of the house much. His books include GHOUL, DARK HOLLOW, DEAD SEA, FEAR OF GRAVITY, THE RISING, TERMINAL, KILL WHITEY, and many more. Several of his short stories have been adapted into graphic novels and several of his novels are slated for film and video game adaptations. The winner of two Bram Stoker awards, Keene’s work has been praised in such diverse places as the New York Times, the History Channel, CNN.com, Fangoria, and Rue Morgue. View all posts by briankeene